This project of tools for the makers started in a very natural way. As I wanted to learn making handpans/pantams, I visited a maker near me and noticed he had a set of dimple molds. That time I found out that my uncle had a lasercut company. So I asked him if he could make me and a friend of mine a set too. I learned myself to make drawings in Autocad and my uncle, superhero Laserman, made the dimple molds.
As I was working only with raw shells, I had so much difficulties getting the notes low enough that I ended up quitting my new hobby.
I gave my dimple molds set to my friend and since he didn’t need 2 sets, he offered me to sell them on Facebook. In just a few minutes he had 3 candidates, so I suggested I would ask my uncle to cut some more sets.
More people started asking for dimple molds, and soon other requests came in: ‘Could I make tonefield press molds? Sinking rings? Tuning rings? A gu cone? Magnets? Shells? Hydroform plates? Hammers? DC04 discs? Other custom made products?’ I just tried to satisfy the needs of these makers and never gave in until I made it. As I saw my project growing, I started having a vision of having a complete shop for the makers. People from all over the globe requested my products. As far as I know, I am the only supplier of all these tools worldwide.
In January of 2018 I took up the hammer again and when by coincidence I got a nitrided shell in hands for the first time, I found out that tuning wasn’t as difficult as I had always thought, when I only had raw shells to try on.
In October 2018 I changed the name from Handpanmolds to Panmaker, as I wasn’t just supplying molds anymore. I chose to use Pan-maker to avoid the discussion of handpan or pantam and to include steelpan makers.
As I am always willing to do custom mades, I don’t mind if a request is not even handpan related. I have learned a lot just by fulfilling peoples needs.
I hope you find what you are looking for here. Don’t hesitate to ask for products you can’t find on my site. After all, this project was made by the makers.
Keep hammering,
l 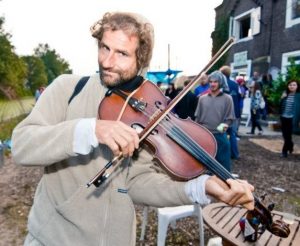